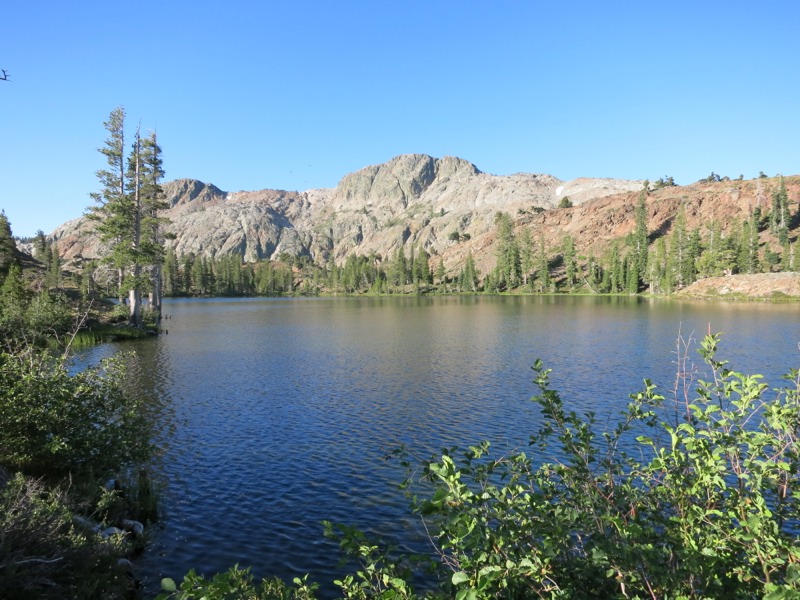 We had a restful night and took our time packing up this morning. The first day’s breakfast out of town is usually pretty tasty – in addition to whatever we’ve brought for the section, we usually have some fruit and a bottle of soda. I’ll sometimes bring yogurt with us and it’s a treat to have, nice and cool from overnight. 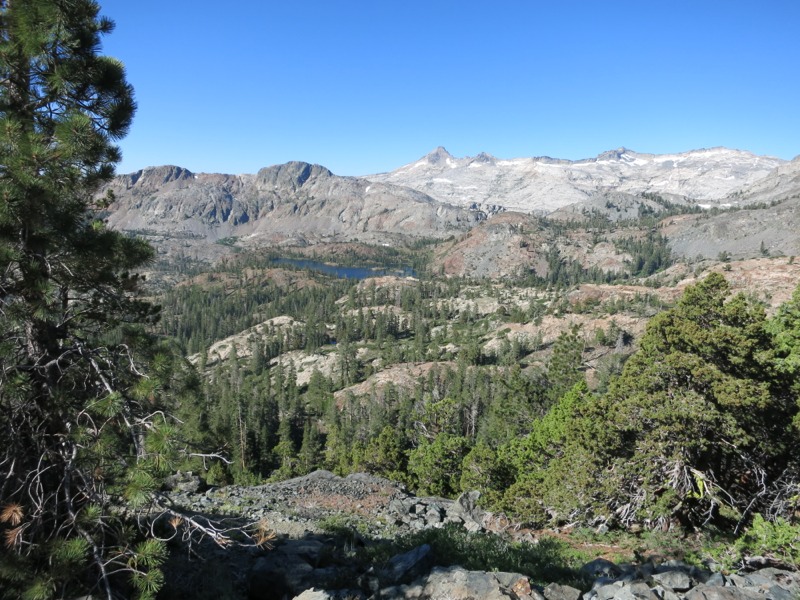 We started with a moderate climb up to Dick’s Pass – not the highest point of the climb, which seems a little like cheating. From the pass we could look down on Dick’s Lake and off to the west at Dick’s Peak. From the top of the climb we dropped down to the lake, switchbacking down a steep, pine-lined trail. From there the trail led to the shore of Fontanillis Lake, long and narrow, and then past the Velma chain of lakes, barely visible through the trees. We decided to head for Phipps Creek for lunch since that was the only likely water in an 8 mile stretch. When we got there we found that it wasn’t really flowing, but the remaining pools in the rock bed looked much less scummy than some of the trickles we’d passed. 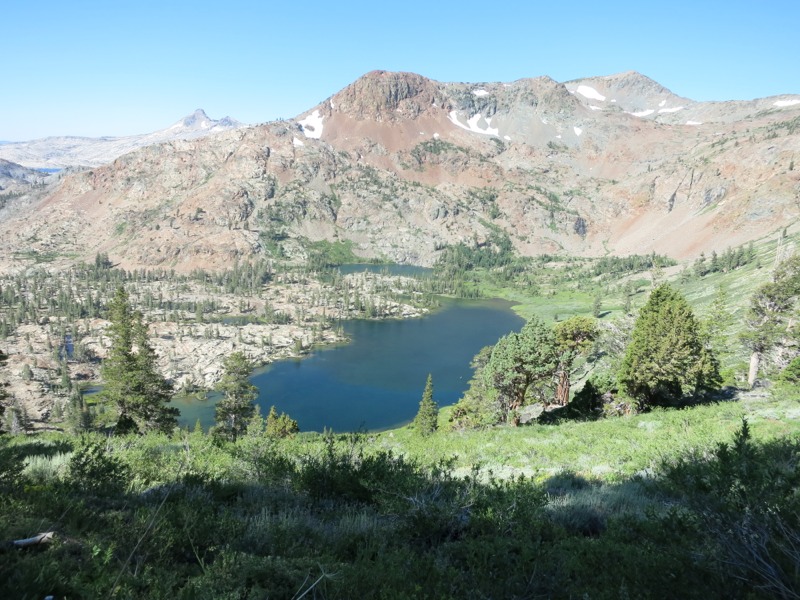 After lunch we made great time over long stretches of flat, clear, mostly viewless trail through the open forest. This was good practice for Oregon. The woods were pleasant enough with all the flowers and tucked-away lakes and the bugs weren’t too bad. It was just us and the chickadees. Out here they have a three-syllable song – they say “cheese-burg-er” instead of “sing-song” like back home. During the last section, with all our food cravings, this actually got distracting. Combined with the carrot-romaine lettuce smell of the mule ear daisies, it became really difficult to avoid thinking about food. 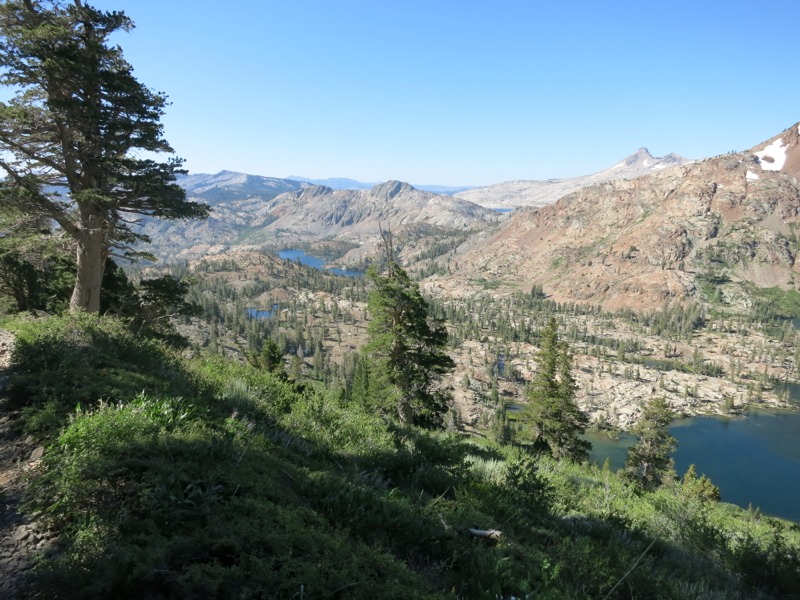 At the end of the day, as seems to happen, we faced our steepest climb yet. It was still nothing to rival the last few sections but on sore feet and joints it was a challenge. The lure of a 25-mile day dangled in front of us, though, and we put our heads down and hiked up. As we reached the top of the climb we could see out over an enormous lake. It took me longer than it should have to realize that this was THE lake, and that we were near the eastern edge of the rim. Another mile or so of downhill brought us to a fork of Blackwood Creek and the campsites there. We made great miles today, the kind we’re going to have to do from now on if we want to finish before winter, but after our days off I’m definitely feeling it.